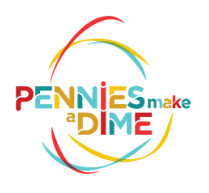 The Annual PMAD Health Fair Seminar is an annual Health screening and health awareness campaign organized by Pennies Make A Dime. This year’s Health Fair was scheduled for Saturday, November 9, 2019 between 9am and 4pm at Gomoa, Dabenyin, one of the rural areas in the Central Region of Ghana. The goal for this health fair was to educate and empower the community about their health, proper nutrition and awareness of different diseases, includimg free blood pressure screening, glucose testing, cholesterol testing, dental checks, and vital information on childhood cancer. And also provide free food, drinks and hygiene kits to all the attendees. The Health Fair was organized in partnership with The Salvation Army International.

This year’s health fair was a great success. Present at the event among others were the Member of Parliament of Gomoa East, Honorable Kojo Asemanyi , Chief of Dabenyin and his Linguist, Founder and President of PMAD,  Country Director and Volunteers of PMAD, Medical Superintendent, Doctors and Nurses of The Salvation Army International, Volunteers of The Billionaires Network (TBN) and members of the Press.

The event commenced at exactly 9am with an opening prayer by a representative of the town. The Member of Parliament for the area, Honorable Kojo Asemanyi gave the welcome address. In his address, he stated that it was important for everyone to make conscious effort to keep their health in good condition. According to him, the exercise was part of his goals to ensure that people living in his constituency were empowered in health. Mrs. Patience Roberts-Bonsu, Founder and Chief Executive Officer of PMAD praised the people of the area for attending in their numbers to participate in the event and assured them that there were great doctors and nurses present to take good care of them. She also noted that adequate provision had been made to ensure that everyone present was fed.

Over four hundred (400) young and older adults including chiefs and opinion leaders attended the health fair and were empowered.  All attendees received free Glucose screening, Blood Pressure Screening, Dental Exam, Cholesterol levels, Malaria, Hepatitis B and Nutritional Counseling and many more. The various medical screening were performed by volunteer nurses and doctors from The Salvation Army, International and all the attendees were given several medications in accordance with their health issues. Additionally, PMAD provided clothes packaged in a plastic bag to all children and adults present to support them. Also, all the people present were provided food after the screening exercise. 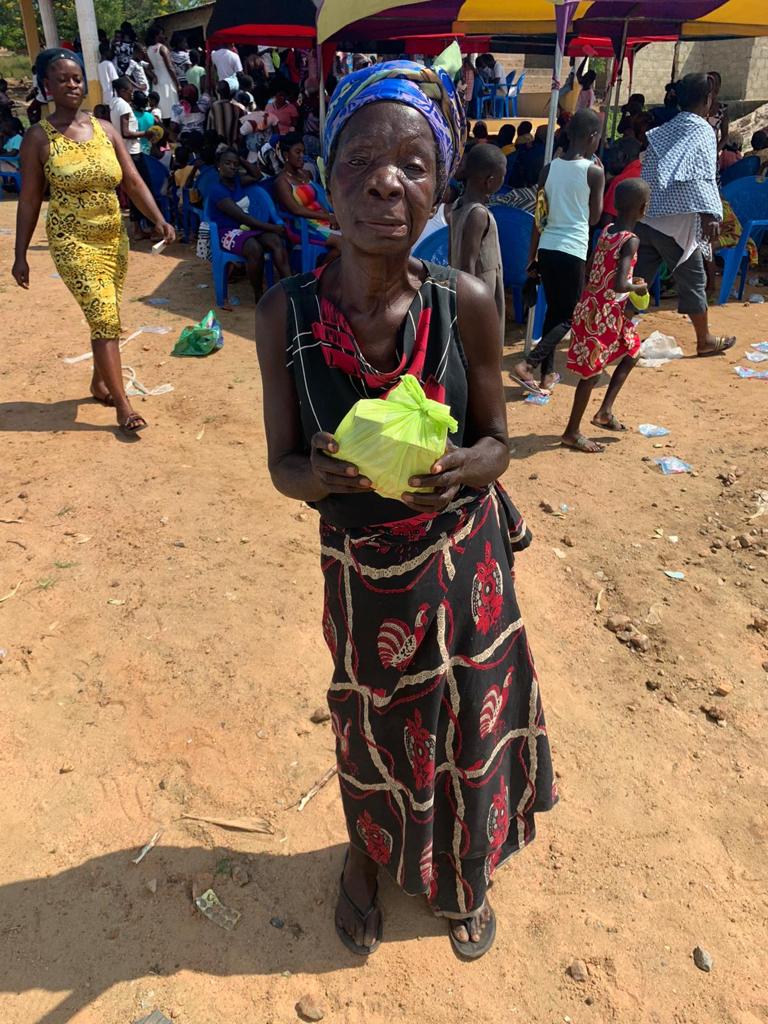 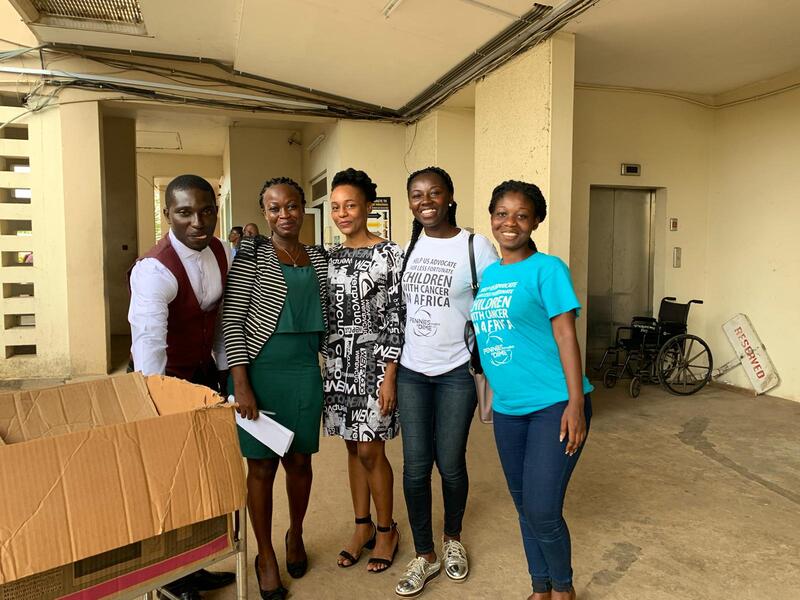 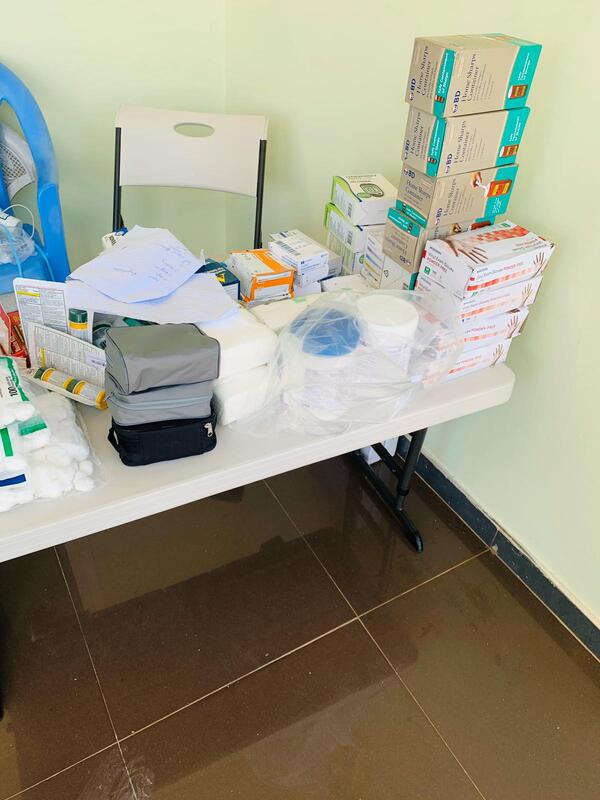 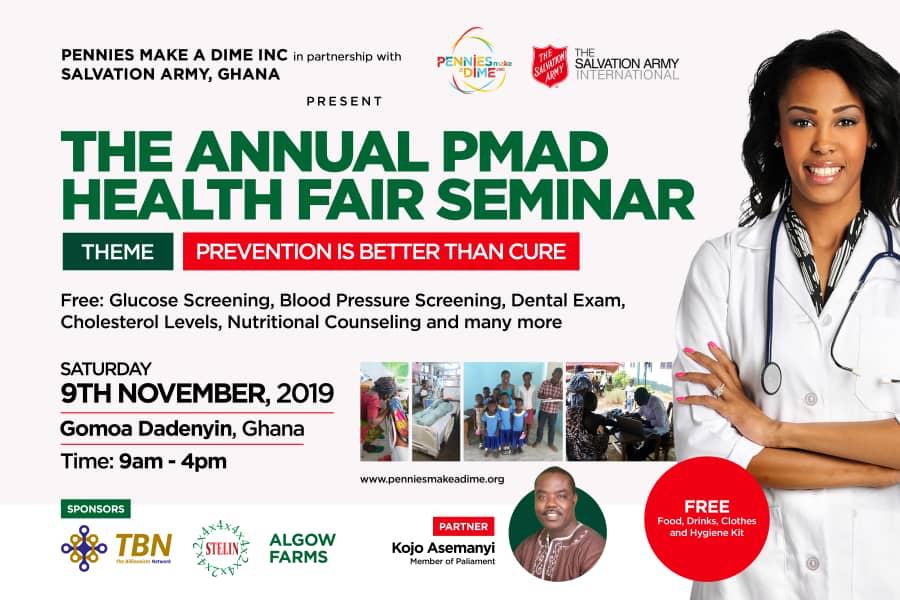 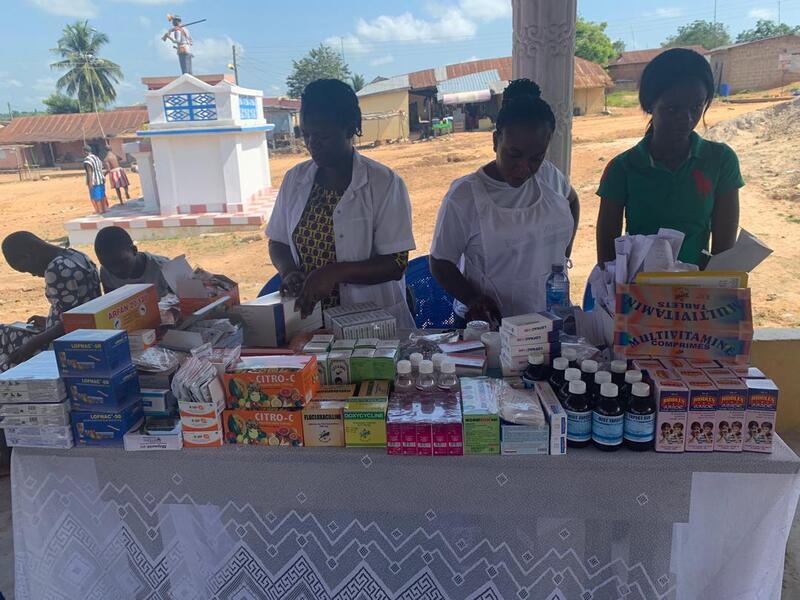 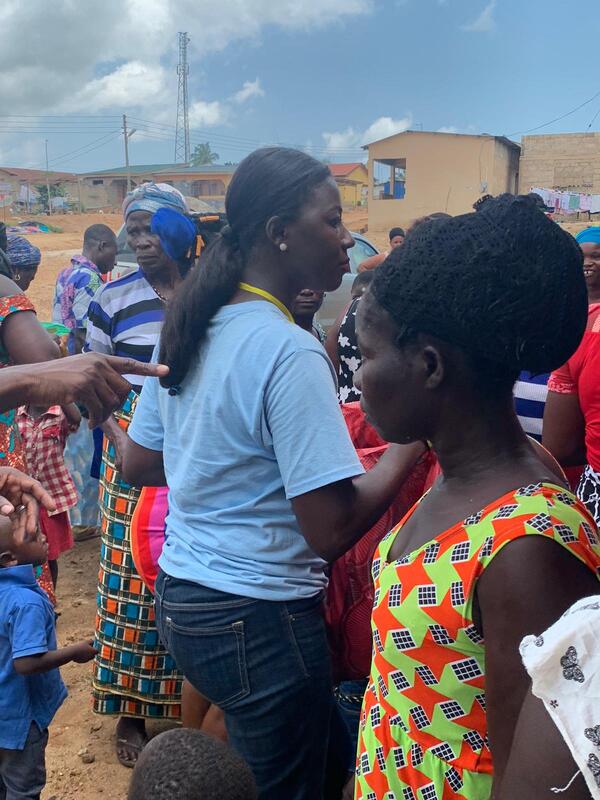 Each year PMAD and their team sets out to make impact in Children life, especially the less fortunate children and those battling cancer. This year PMAD visited Ghana, west Africa to donate and organize health fair seminar in different regions. Pennies make a Dime Inc donated about 300 sets of dresses to new born babies and expectant mothers at the Korle Bu Teaching Hospital- Labor and Delivery Department.

The group first called on the Chief Nursing officer, Mary Eshun who received and thanked them for the gesture.
After the presentation the group, some nursing and PR team joined them to distribute the dresses at 1st, 3rd and 2nd floor respectively. In addition to the donation they paid the bill for Miss Sarah Quaye a new mother who was still in the facility 3 months after delivery for her inability to settle her bill of GHC 570. Nurses, mothers and staff of the maternit y unit expressed their appreciation to them for their kind gesture and asked them to come again.

Mrs. Patience Roberts-Bonsu and her Pennies make a Dime team left for the Child Health Unit to Donate to the oncology department. There were approximately 150 children on that department seeking for treatment in different forms of cancer. PMAD donate about 200 piece of Hygiene kits to the kids and parent in the floor. PMAD and their team encouraged the children and the mother to stay strong for there is a great future for those who fight through difficult situations and Circumstances.

The mother have a privilege of staying at a hostel closer to the hospital in order to provide emotional and spiritual support to their children. PMAD team visited each parent/child room to encourage and donate to them. 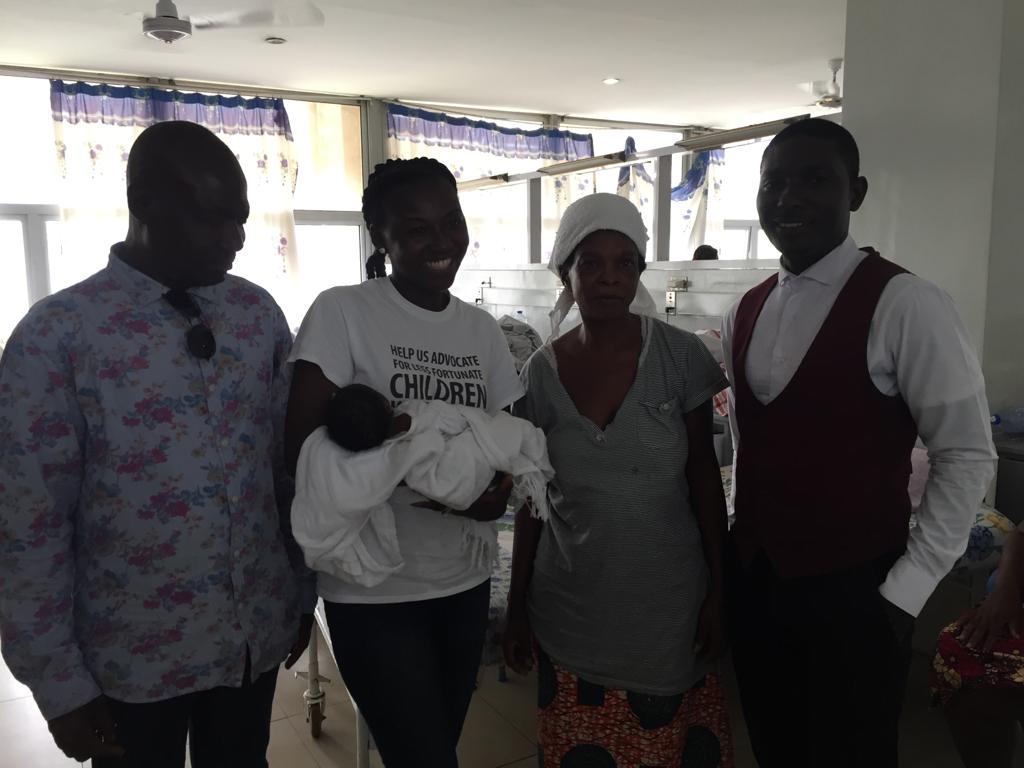 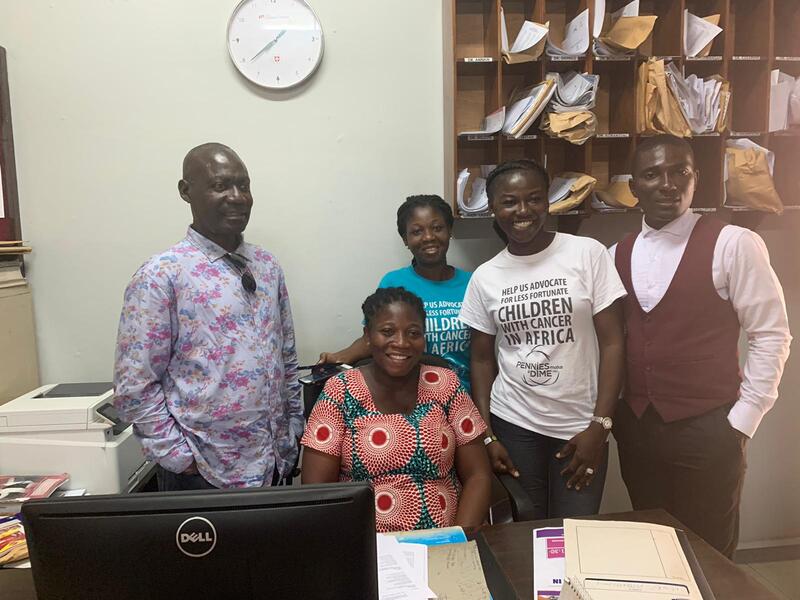 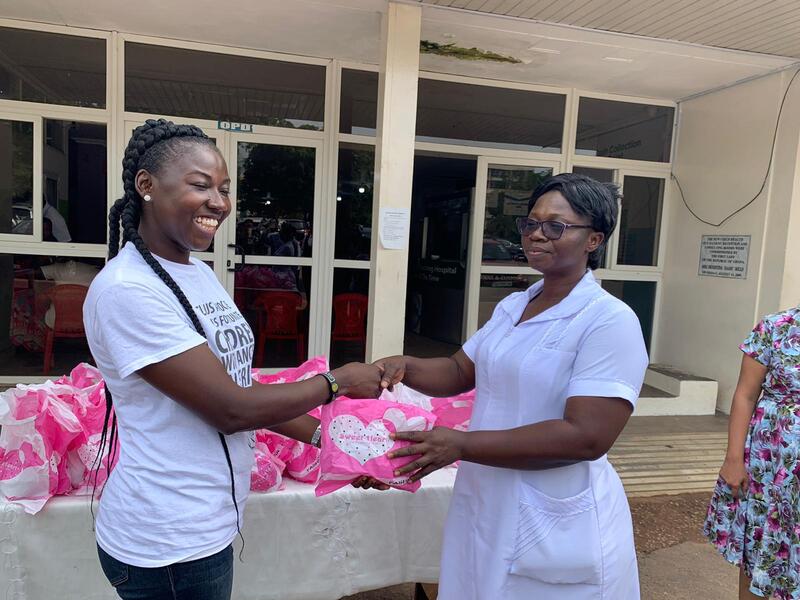 Burkitt’s lymphoma is the most common childhood cancer in Africa. While this type of lymphoma is rare in the United States, it is responsible for 50% of cancer deaths for children in west/East African countries such as Nigeria, Ghana, Uganda, Kenya and Tanzania. Burkitt's ﻿lymphoma is the fastest growing tumor in humans with a cell doubling time of 24 hours. Beneficially, this fast growth rate also makes Burkitt’s very responsive to chemotherapy. In Africa, the average age of a child diagnosed with Burkitt’s is five, with some patients seen as young as 18 months old. According to Dr. Corey Casper of the Fred Hutchinson Cancer Research Center in Seattle. “More than 85 percent of these children could be cured for less than $600 a case,”

Burkitt lymphoma can be classified into three types. The classification is based on the variants. However, morphologically it is difficult to identify each of them, due to its similarity. The types are:​

The Successful Story of Clement Quaison 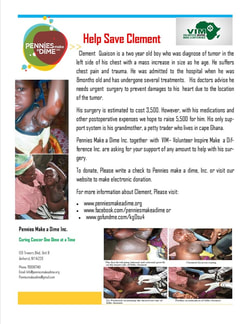 Clement Quaison is a two years old boy diagnose with a tumor on the left chest, the mass tumor increases in size as he age. He suffers chest pain, weakness, fatigue and trauma.
He was admitted to Korle-Bu Teaching Hospital in Accra, Ghana when he was 8 months old and has undergone several treatments. His doctors advised he needs urgent surgery to prevent damages to his heart due to the location of the tumor. Clement's surgery was estimated to cost $3,500.00.
However, with his medications and other postoperative expenses we hoped to raise $5,500.00 or more for his care.

​Clement's only support system is his grandmother, a petty trader who lives in Cape Coast, Ghana. Unfortunately for Clement his grandma also suffer Hep B, which made it difficult for Clement to receive the attention and care he needed. Pennies Make A Dime Inc together with VIM-Volunteer Inspire Make a difference Inc. Raised $7000 dollars for clement to receive his surgery, including postoperative care with medication.
​We could not leave Clement’s grandma without contributing towards her Hepatitis B treatment and providing her with some funds for her to start her small Business in order provide and take care of Clement. Today Clement is Cancer free, attending school and enjoying his life in Cape Coast, Ghana.
Special Thanks to all our partners and donor who made this successful.
​
our partner's site: www.vimforchange.org ﻿
www.facebook.com/vimforchange